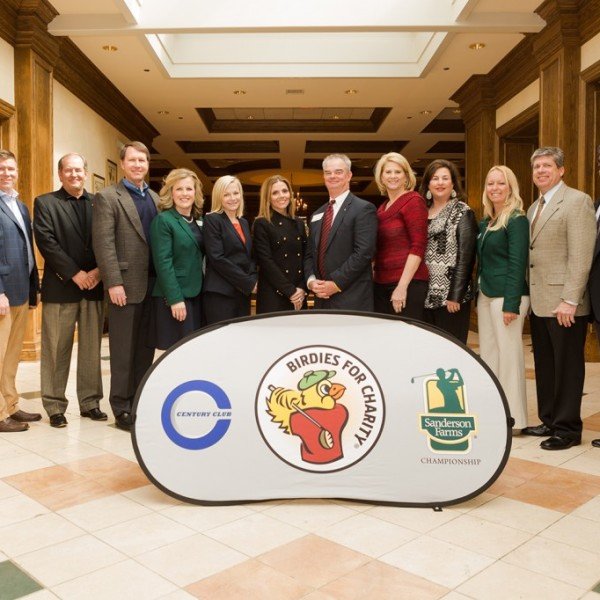 Century Club Charities, host organization for the Sanderson Farms Championship, held the Birdies for Charity luncheon today at the Country Club of Jackson. In addition to lunch, there was an awards program recognizing top charities for the 2014 season. In 2014, 1645 birdies were made and Birdies for Charity raised $251,408.67 for Mississippi charities. “We are excited to announce the donations raised through the Birdies for Charity program. These contributions make a significant impact to charitable organizations across the entire state of Mississippi,” said Tournament Executive Director Steve Jent.

Birdies for Charity is a fundraising program designed to give participants an opportunity to generate contributions based on the number of birdies made by PGA TOUR players during the Sanderson Farms Championship. Every birdie made during the Sanderson Farms Championship means money for charity. Participating charities receive 100% of the donations collected for their charity plus qualify for Bonus Bucks.

The Bonus Bucks offer is an extra incentive to participating organizations to generate as many pledges as possible. The Bonus Bucks format has a bonus pool that is proportionally split among all qualifying charities that collect a minimum of $3,000 in the Birdies for Charity program.
The person with the correct or closest guess at the number of birdies made from Thursday through Sunday of the tournament receives a year’s supply of 100% natural Sanderson Farms chicken, an XL Big Green Egg, and the EGGcessories.