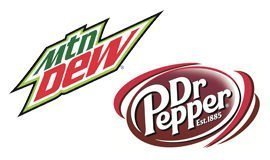 Since 1994, Century Club Charities has served as the host organization for the event, raising approximately $1.46 million in 2017 for Mississippi charities. Now in its 51st year, Mississippi’s largest professional sporting event has raised over $13.5 million for charity, primarily Friends of Children’s Hospital, a nonprofit organization created to support Children’s of Mississippi.

“Brown Bottling Group is elated to again partner with the Sanderson Farms Championship as the official Volunteer Sponsor,” said Shelley Brown Floyd, Executive Vice President at Brown Bottling Group. “We are two Mississippi entities united with a common goal of supporting Friends of Children’s Hospital, part of Children’s of Mississippi, as well as other charities statewide.”

Steve Jent, executive director of the Sanderson Farms Championship, said, “We are thrilled that Mountain Dew and Dr Pepper are back as the official Volunteer Sponsor of the Sanderson Farms Championship. The commitment of Brown Bottling, combined with the dedication of our volunteers, is key to making this event possible. It is extremely important to us that our volunteers are well taken care of and have a wonderful experience.”

The tournament needs 1,000+ volunteers each year to serve in a variety of positions. Many statewide companies provide a large number of the tournament’s volunteers by sponsoring their employees as volunteer groups. Individual volunteer opportunities are available for those 15 and older. In order to reserve a spot on their preferred committee, those interested are encouraged to sign up early.

For details of each position please click here: Volunteer Opportunities. For more information on volunteer opportunities, please call the Championship office at 601.898.4653 or email kacie@sandersonfarmschampionship.com.

About Brown Bottling Group
Established in Mississippi since 1971, Brown Bottling Group is a franchise distributor for Pepsi-Cola and Dr Pepper beverages representing the top-selling products in virtually every category of the beverage industry covering soft drinks, juices, sport drinks, water, coffee and tea. As a total beverage company, their commitment to providing the best product by the best-trained employees at a fair price guarantees their success.