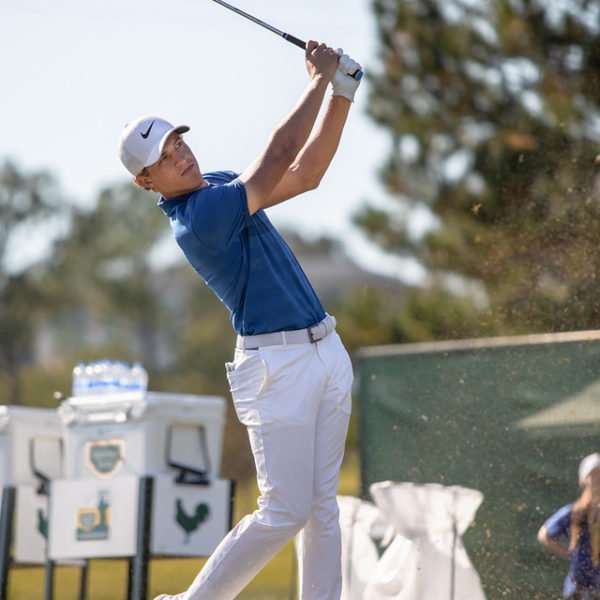 JACKSON, Miss. (July 19, 2019) – The champ is back! The longest-driving player on the PGA TOUR, Cameron Champ, will return to Jackson, Mississippi to defend his Sanderson Farms Championship title.

“I’m excited to return to Jackson to defend my title at the Sanderson Farms Championship in September,” said Cameron Champ. “It’s always an amazing feeling to go back to a place where you have had success, but it’s particularly special to go back to the site of your first career win. I can’t wait!”

“We are very excited that Cameron is coming back to compete,” said Steve Jent, executive director of the Sanderson Farms Championship. “It will be fun to watch his game again, and with our new stand-alone date we knew he would have the ability to return.”

Champ captured his first career PGA TOUR win in spectacular fashion at the 2018 Sanderson Farms Championship, in just his second start as a PGA TOUR member. It was one of three top-ten finishes in the early months of his rookie season.

Champ is dominating the PGA TOUR in driving distance this year at an average drive of just over 316 yards.

The tournament will make additional player announcements in the coming weeks as players begin to plan their schedules for the 2019-20 PGA TOUR season and make commitments to the field.

“With the last major of the year behind us after this coming weekend, and the FedExCup playoffs approaching, players are now beginning to think about their upcoming schedules,” said Jent. “I’m certain our new status and strong reputation as a great tournament will be enticing for players who want to get a fast start to the new season.”