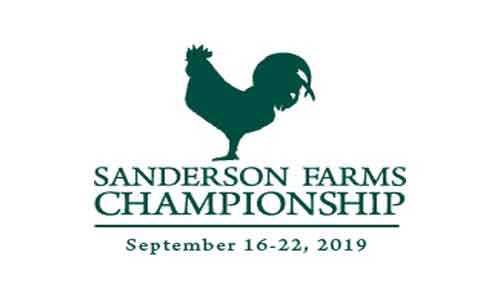 At a press conference held today at The Country Club of Jackson, the PGA TOUR, Century Club Charities and title sponsor Sanderson Farms, led by CEO and Chairman of the Board Joe Sanderson, Jr., announced that the Sanderson Farms Championship will have a stand-alone date on the PGA TOUR schedule going forward starting in the fall of 2019.

The tournament, which in recent years has been held the same week as the World Golf Championships-HSBC Champions in China, will be the only PGA TOUR event played the week of September 16-22. The Sanderson Farms Championship will be the second event on the 2019-20 PGA TOUR schedule, one week after The Greenbrier Classic kicks off the season.

With the upgrade to a stand-alone event, the Sanderson Farms Championship will offer 500 FedExCup points to the winner for the first time and will play a larger role in the season-long race for the FedExCup. The tournament will also have a record purse, jumping from $4.4 million to $6.6 million, with $1.188 million going to the winner. Cameron Champ, the 2018 Sanderson Farms Championship winner, took home $774,000 and 300 FedExCup points.

The Sanderson Farms Championship has been an official PGA TOUR event since 1986 but has deep roots back to 1968. Sanderson Farms signed on as title sponsor starting in 2013 and agreed to a 10-year extension through 2026 on November 4, 2015, matching the longest title sponsor agreement of any sponsor on the PGA TOUR.

“It was simply the right time to contemplate the future and what kind of commitment we were going to make going forward,” said Joe Sanderson. “We believe that it is important, particularly for the charities and for Batson Children’s Hospital to know that we will be here for them, and for the Jackson metro area and the state of Mississippi to know that they can depend on us. We are excited to be a part of the new chapter in the tournament’s history.”

Since 1994, when Century Club Charities became the host organization, the tournament has raised $14.75 million dollars for Mississippi charities, and the economic impact on the Jackson metropolitan area now averages $26 million every year.

Just last week, the Sanderson Farms Championship presented a $1.25 million gift to Friends of Children’s Hospital (FOCH) along with a second gift to FOCH for $125,000 through other designated donations. In 2018 alone, Century Club’s total charitable impact for the state was $2,235,000.

The 2018 gift is earmarked for the FOCH contribution to the Campaign for Children’s of Mississippi, a philanthropic effort that is helping fund construction of a seven-story, 355,303-square-foot pediatric tower adjacent to Batson Children’s Hospital. Joe and Kathy Sanderson are the chairs of this $100 million-dollar campaign, of which $70 million has already been raised through their leadership.