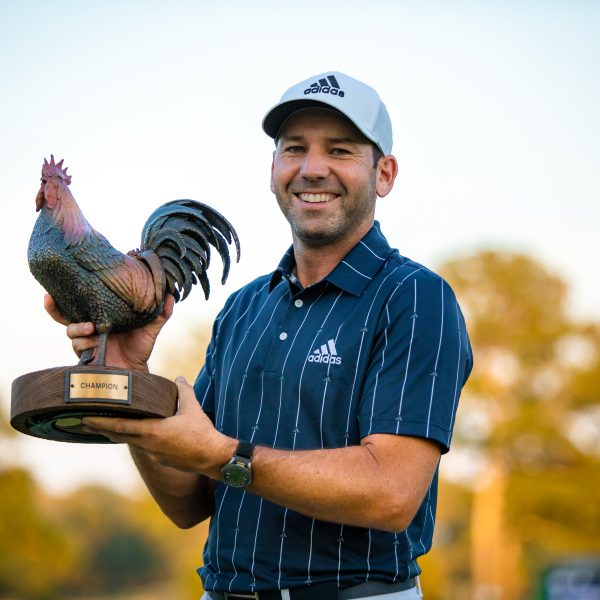 Sergio is coming back to Jackson! Sergio Garcia, regarded as one of the most talented golfers in the sport, announced tonight via Zoom to Century Club Charities members and tournament sponsors that he will be returning this month to defend his Sanderson Farms Championship title.

“I’m excited to return to Jackson to defend my title at the Sanderson Farms Championship in September,” said Sergio Garcia. “It’s always an amazing feeling to go back to a place that you have had success, but it’s particularly special to go back to a course as amazing as The Country Club of Jackson!”

“We are beyond excited that Sergio is coming back to compete, and that our fans are back this year to watch him defend in person,” said Steve Jent, executive director of the Sanderson Farms Championship. “It will be fun to watch his game again, and we were crossing our fingers that he could arrange a return to Mississippi.”

Now, Garcia owns victories in three different decades on the PGA TOUR (2000s, 2010s, 2020s). He is the 78th player to achieve this feat, and he also won twice in 1999 as a 19-year-old on the European Tour. With the win, Garcia received invitations to the Sentry Tournament of Champions, THE PLAYERS Championship, and the PGA Championship.

About Sergio Garcia’s season after the win:

Sanderson Farms Championship officials will make additional player announcements in the coming weeks. The field will be finalized at the commitment deadline on Friday, September 24.